Starting next winter, the brand new Médran IV gondola will be ready for use. With an initial passenger flow of 3,200 people (final flow of 3,600) versus 1,800 today, you will be able to reach Les Ruinettes in no less than 6 minutes at a speed of 6 m/s. The Verbier gondola-station will be entirely renovated and user comfort will be largely improved.

Put in operation in 1984, the 6-person gondola between Verbier and Les Ruinettes needs to be renovated. In fact its technology and its flow of passengers no longer responds to the customers’ demands.

Therefore, during the summer season of 2021, a new 10-person D-Line gondola will be built. Téléverbier has chosen to partner up with Garaventa/Doppelmayr to build this new lift that will offer double the passenger flow of what it used to be.

The gondola-stations of Verbier and Les Ruinettes will undergo multiple renovations to enhance the passenger flow and the experience of our clients. The renovations should be done and the gondolas should begin operations in December 2021.

The new lift will cover the same route as the 1984 gondola which replaced the original one of 1950. Téléverbier will maintain the 1966 configuration of both gondola-lines running side-by-side from Verbier to Les Ruinettes. The lifts being parallel allows for a passenger flow of up to 4,400 people per hour at first, and later, up to 4,800 people per hour.

The project in detail

The construction of this lift is complicated, but it is important. Particularly, this is the case at the departure and arrival stations. Due to its architectural importance, part of the Médran gondola-station has been classified as a historic monument. A compromise has been reached with the state of Valais’ government to give the stations more of an industrial design, instead of a simple wooden coating.

In the Médran station, while no changes will be done to the ceiling itself, the floors will be modified to allow for better circulation of the gondolas. The access to the gondolas will be on the same floor, however, it will be step free. A third pillar will be added to allow for more access space to the gondolas. The exterior south-western wall will be extended by 3.6 meters and will receive a new covering. The big concrete staircase will be replaced by two escalators and the elevator will be moved to facilitate the access from Verbier. These modifications will enhance passenger flow and overall comfort.

The station of Les Ruinettes will also undergo a series of important changes. The old station will serve as a storage space for the71 gondolas plus the service vehicle. The new station will be built in the forefront of the old one. The slopes will be accessible through a pathway of approximately 60 meters that will reach the pre-existing entryway. The south-facing wall will be extended by 1.85 meters and will be of the same industrial style as the Médran station.

Téléverbier will use the opportunity of this construction work to do a bit of remodelling. The restrooms and their difficult access via a staircase will be replaced by ones located in the old Attelas cablecar station.

The new lift will borrow the same route as before, only it will be moved to the right by a few meters. This new line will have 14 pylons (previously it was 16). The tallest one (pylon n°4) will stand at 25.4 meters, resulting in a line much closer to the ground and closer to the Médran II line. This will allow for a maximal 81.6% gradient at the level of the third pylon. The longest range of 240.27 meters will be between the seventh and eighth pylon. 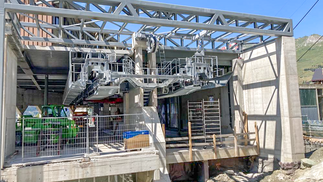 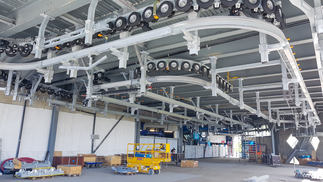 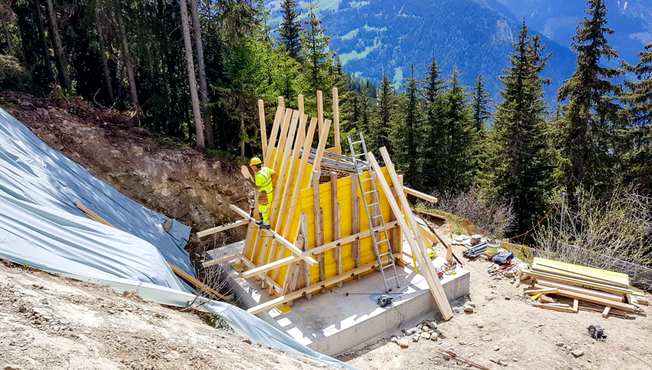 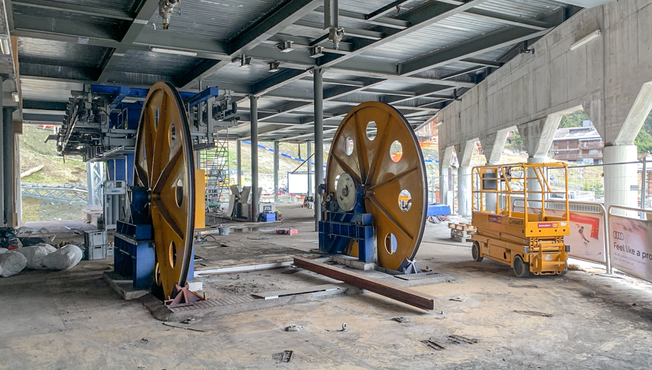 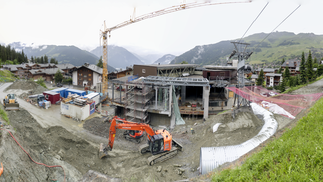 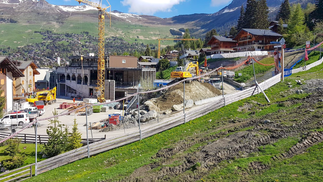 © Bertand Lebrun
Progress of the work

Construction of the new cable car is progressing well. As of 19 August, the station’s mechanics have been installed on new concrete pillars (valley station), and the new road in front of the building in Médran has been completed. The ground in front of the building is currently being excavated to allow the future cabins to circulate, and the foundations of the future escalators have been laid.

Regarding the mountain station (photo), the garage has been fully installed, as well as the mechanics.

On 20 and 23 August, the pylons for the new line will be installed. This stage promises to be an impressive spectacle, as it involves a Kamov helicopter – an imposing aircraft able to lift up to five tonnes!

Mounting of the pylons

The pylons for the new line have now been installed. This impressive feat was carried out with the help of a Kamov helicopter – an imposing aircraft able to lift up to five tonnes.

One pylon is made up of several tubes, and each section has to be flown in by helicopter. Once everything is assembled, the helicopter delivers the pylon head.

The cable will be run in mid-September.

See below for photos of the latest developments. 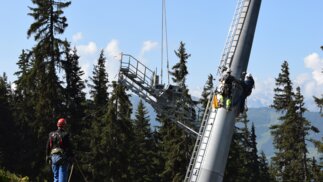 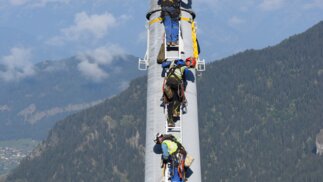 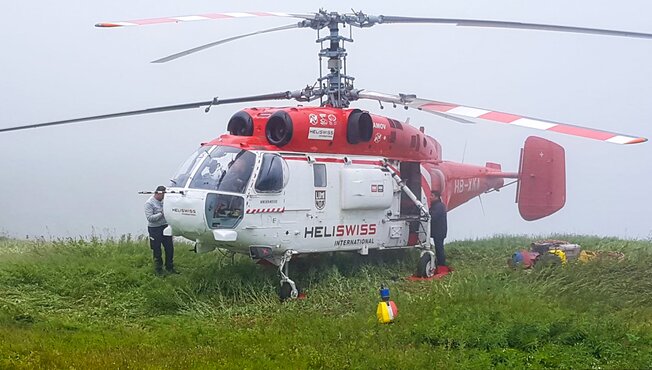 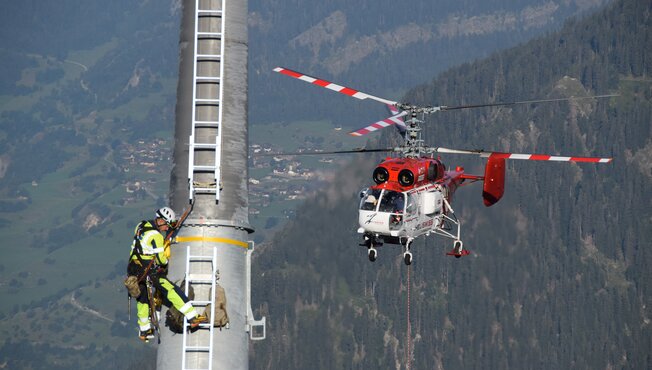 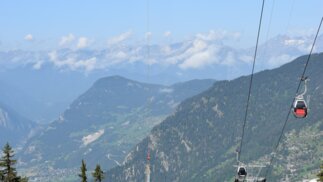 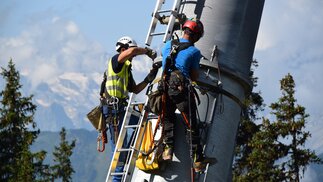 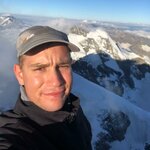