A bit of history

The society was founded in 1950, under the name of «Télésiège de Médran SA», by a group of visionary developers. The Médran cable car was inaugurated on 23 December 1950.

In 1952, a ski lift was built at La Tête des Ruinettes. The project for a chair lift to the Col des Vaux was postponed by the Federal Office of Transport because of concerns about the risk of accidents due to the wind and ice. In 1955, after numerous debates concerning the expansion of the resort, Giovanola developed a single-person chair lift for Savoleyres. A year later, Müller created a roller system for the ski lift on the same sunny slopes, starting from Les Planards. Von Roll, the construction firm, was able to develop a cable car line for Les Attelas. A second company was then created: “Téléphérique des Attelas”.

In 1958, the Médran cable car was supplemented with a long ski lift. A year later, a chairlift was built near the Lac des Vaux (which is shaded and accumulates snow quickly) and another ski lift was added to the Médran area.

As the number of customers increased, so did the need to develop the resort. In the summer of 1960, several construction sites were started.

The single-seater chair lift in Savoleyres was transformed into a two-seater one and a ski lift was built on the La Chaux slopes. To the delight of experienced skiers, they could now take a cable car up to the Mont-Gelé (3,030 m). Another one was built on the steep Tortin slopes to satisfy fans of powder snow. At the start of the 1960/1961 winter season, the backbone of the ski resort structures was in place. Expansion continued though, to make the best of every possible slope.

The second Médran cable car, which was opened in 1965, finally solved the problem of the long queues in Verbier. During the next few years, several other chair lifts were opened throughout the resort: the Lac des Vaux (Christmas Eve 1966), the Tournelle (1967) and the Revers-des-Aux (1968).

In 1967, the society, now called Téléverbier, bought back the Le Rouge and Le Bleu ski lifts from the Swiss Ski School. In 1970, the first chair lift in Savoleyres was moved to Le Mayentset and replaced by a more modern cable car.
By the end of 1970, 20 years after it was founded, Téléverbier owned 29 lifts.

Caution during the recession

Téléverbier began the construction of the imposing Médran building (inaugurated in July 1971) and work started on the Croix-de-Cœur airport.

From 1973 onwards, construction work on the cable car from Le Châble to Verbier was slow: a few of the concrete bases were laid the first summer, and a few more the following summer. Prudence was required until the winter of 1974/1975 but the work was eventually finished the following spring, and the cable car was fully operational in the autumn of 1975.

The conquest of the Mont-Fort

From 1977, work was in full swing again. The Médran lll and Les Attelas lll chair lifts were built. Téléverbier merged with Télétzoumaz in 1977 and with Télébruson in 1978 and secured backing from Télé-Nendaz to finance the Mont-Fort project.

After fifteen years of conflict with environmentalists, the project for a high altitude airport at La Croix-de-Cœur was abandoned. It would remain a simple landing site.

Plans were made to open the first cable car from Tortin in the autumn of 1981 and the second one, to the Mont-Fort, in 1983. The former opened as scheduled (winter 1981/1982). Télé-Nendaz was also working on a glacier ski lift.

In the summer of 1982, Téléverbier built the Combe ll chair lift, thus providing a parallel route to the cable cars. The opening of the route to the summit of the Mont-Fort was brought forward to the autumn 1982 and, from March 1983, skiers were able to discover the panoramic view from the top. In 1985, the very first Médran cable car was replaced by a new 6-seater one. The “Jumbo”, Switzerland’s largest cable car, was inaugurated in December 1987.

A breath of new life

At the end of April 1994, the Les Attelas 1 cable car made its final runs and the Les Attelas ll cable car was taken down. Following final  tests from mid-November to mid-December, the “Funispace” opened on 23 December, only nine months after work on it had started.

The STA (Services techniques alpins) SA was created in Sembrancher. This company was (and still is) responsible for the after-sales services on Leitner grooming machines throughout the French-speaking part of Switzerland as well as maintenance and mechanical work on ski lifts. During these years, Téléverbier also invested in several new lifts.

Today, Téléverbier prides itself on being a sound company, which runs an exceptional ski area. During the winter season, the group employs over 800 people. Every year, major projects are completed, which guarantee the comfort of our customers and provide an unequalled skiing experience. All the sectors are equipped with snow-making facilities. In 2020, a new lift was built at Le Grand Tsai, in Bruson, and in 2021, the Médran cable car will be replaced by a new 10-seater one.

In addition to projects linked to the lifts and slopes, Téléverbier has developed new activities such as the amazing Mont 4 Zipline, which was created in 2020 in collaboration with NV Remontées Mécaniques. 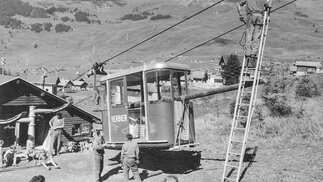 Summer 1957: the new cabins of the Attelas cable car are transported by the Médran chairlift. 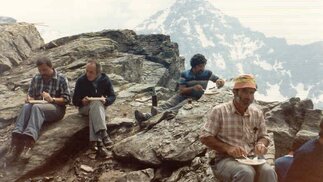 Early 1980s at the Mont Fort construction site: the workers take their lunch break at the Col des Gentianes. 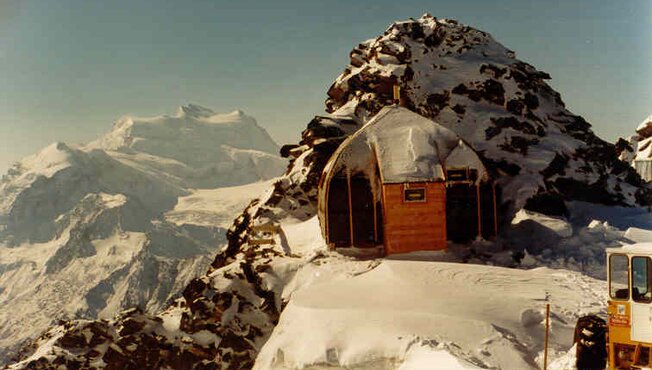 At the beginning of the 1980's at the top of Mont Fort: the winter work site being very rough, a small hut allows to warm up. 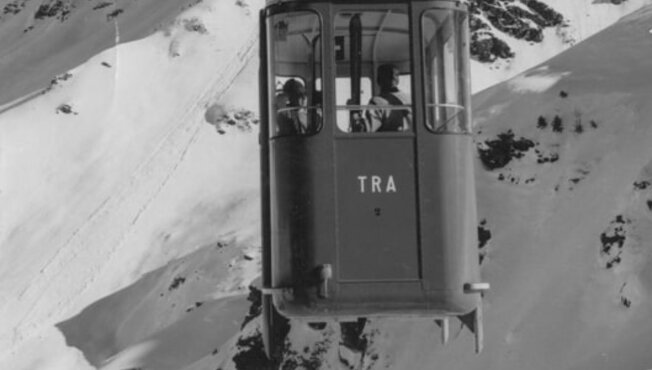 Probably in 1958: the second cabin of the TRA (Téléphérique Ruinettes Attelas) has just left the departure station. 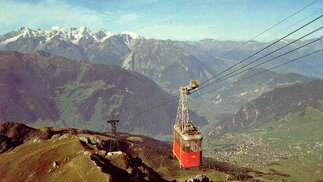 Attelas 1 cable carProbably in the 1960s: the second cabin of the Attelas cable car arrives at the upper station. 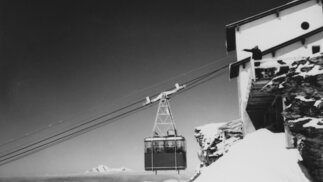 This may also interest you